skip to main | skip to sidebar

So this picture looks like I made amazing progress, but really most of it .... 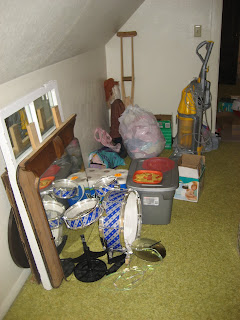 ...is just on this side now 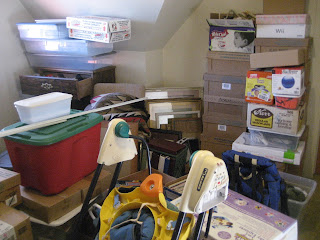 It is amazing to me how little was taken away--and just shuffled around.
Mostly I boxed up and stacked all the loose stuff. It is alittle better looking than these pictures show, but there is still a LONG way to go! 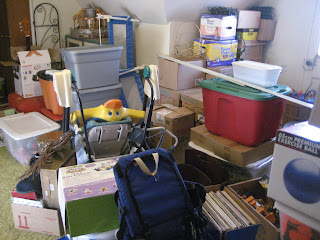 Most of those items in the middle (mostly the baby stuff) is give away.

Truth be told--I did box up A LOT of stuff to go through when I have space to go through each box and really nit-pic it. I also got ride of alot of small boxes with only one or two things in it, and I got ride of a whole box of stuff. (see in the picture below the box with the kid guitar sticking out of it? That is the box full of trash--yes guitar is trash--it broke two years ago and costs more than it is worth to fix it) 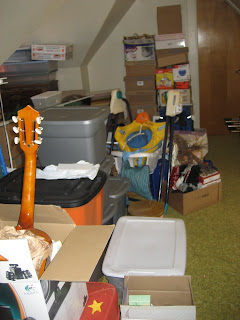 Remember I was going to clean up this area too--actually it became more of a landing place for stuff to take downstairs--so maybe tomorrow. 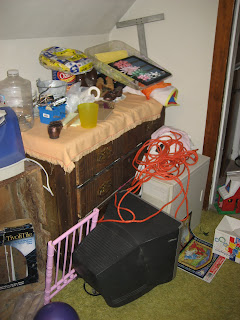 Good Job Amy! Cleaning out takes a lot of work...

Lucky Larson's
We are a happy family!